Message from the Principal Chaplain for the Allied Merchant Navy 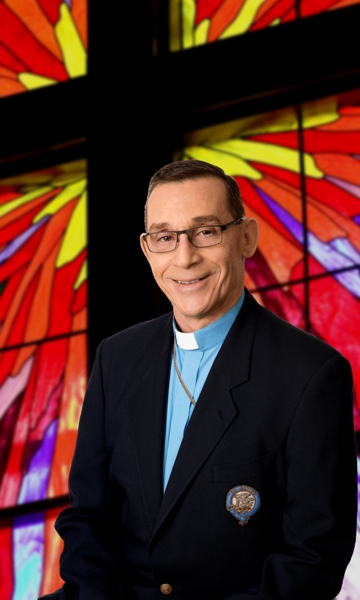 Support and guidance from chaplains and padres have played an important role for those who served in active duty with the regular armed forces and the merchant marine.  That continues today.  The risk of losing your life in the service of one's country weighs heavily on the minds of personnel.  But faith-based counsel provides some measure of comfort.

Whether they manned a warship or a merchant vessel, sailors never escaped the hazards of their profession.  In Admiral Nelson’s navy, burial at sea -- also known as interment without earth -- was a necessity. The same was true for combat on the seas during both World Wars.  Burial at sea carried on, just as it has done for hundreds of years.  When a chaplain of appropriate faith was not available, as was often the case with the Merchant Navy, the service was read by the commanding officer or a designated officer.

For many sailors and merchant mariners, there is no more honoured choice for their mortal remains than burial at sea.  For those aboard a ship during a committal service, the ceremony is both moving and memorable, giving them the chance to pay their respects to those who have served before them.

There are no cemeteries to memorialize sea battles.  The bodies of the deceased, when they could be recovered, were committed to their final resting place at sea.  It is for this reason that we must ensure that the sacrifices of those who died at sea are remembered.  For there are no graves here.