Messages from the Men and Women in Uniform 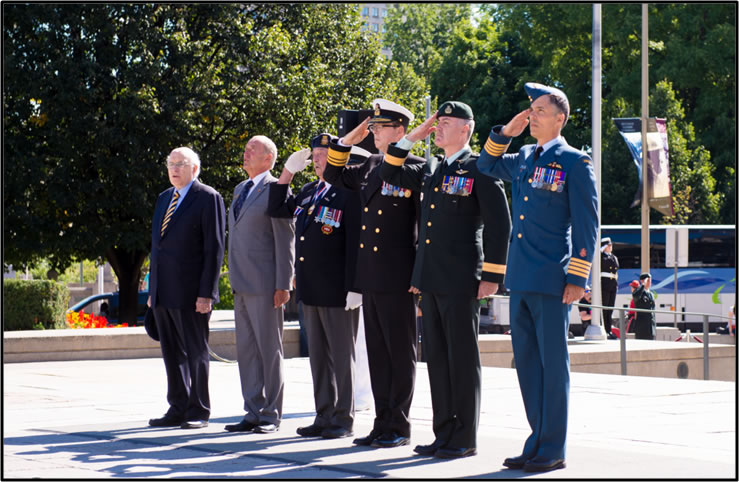 Since 1988, the Canadian Armed Forces have provided a critical support role to the Merchant Navy Commemorative Project (MNCTP), and to its affiliate project, the Sydney Harbour Fortifications Restoration Project (located in Sydney, Cape Breton, NS, Canada).

In 2002, Mr. Stéphane Ouellette, President and CEO, MNCTP, met Colonel (Ret’d) John Gardam. A man of many accomplishments, militarily and otherwise, Colonel Gardam’s dedication to the ideals of freedom and democracy were very inspirational indeed, and one of the main driving forces behind this initiative.

To view the letter of support from Colonel Gardam, please select:

On June 19, 2003, the Senate of Canada proclaimed September 3rd as the official day of remembrance for the Merchant Navy.
Afterward, Colonel Gardam and Mr. Ouellette approached Vice-Admiral R.D. Buck, Chief of the Maritime Staff, Department of National Defence, to consider supporting our endeavour.

On December 3, 2003, Vice-Admiral Buck acknowledged the importance and scope of the Merchant Navy initiative, and established an historical precedent by ushering in a new era of co-operation between the Allied Merchant Navy, the American Merchant Marine and the Royal Canadian Navy.

To view the letter that changed the fate of the Canadian and Allied Merchant Navies, please select:

Such was the significance of their contributions, that Mr. Ouellette appointed Colonel Gardam as an Honorary Governor to the MNCTP in 2008, and established the Colonel John Gardam Lifetime Achievement Award in 2014.  On February 20, 2015, Mr. Ouellette presented Vice-Admiral Ron Buck, RCN (Ret’d) with the award (as a first time recipient), at the 2015 CDA/CDA Institute Ottawa Conference on Security and Defence. 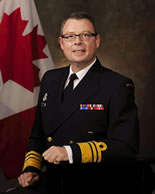 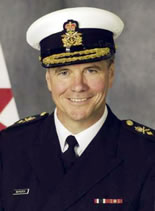